A loss of appetite indicated a bigger problem 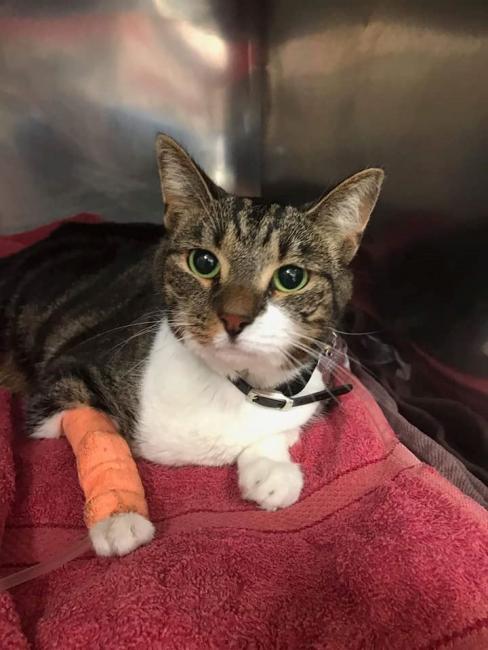 We've all seen our cats sad at times, but sometimes it's more than just being in a bad mood. For Pretzel, there was a much deeper cause.

Pretzel is a three-year-old cat adopted from the pound by a lovely Wagga family. Typically a happy, playful cat, her owners noticed she was not being herself, seemed lethargic and had stopped eating. Her family brought her in to our clinic and blood tests were immediately run. Her test revealed a severe infection, and treatment was quickly started with fluids, antibiotics and antipyretic.

Although Pretzel was doing fairly well the next day, her abdomen was abnormally bloated. Dr Sharlet took an X-ray which revealed fluid (pus) trapped in her belly, indicating a condition called Peritonitis. Dr Sharlet decided to perform an exploratory laparotomy to investigate the internal source of the issue. During the surgery, it was revealed that there was a small hole in Pretzel's intestine. The pus was extracted from her abdomen and the intestinal hole was successfully mended. Pretzel recovered well from her surgery, and was sent home to her family with medication and care plan. She is now doing much better and is starting to feel like herself again!