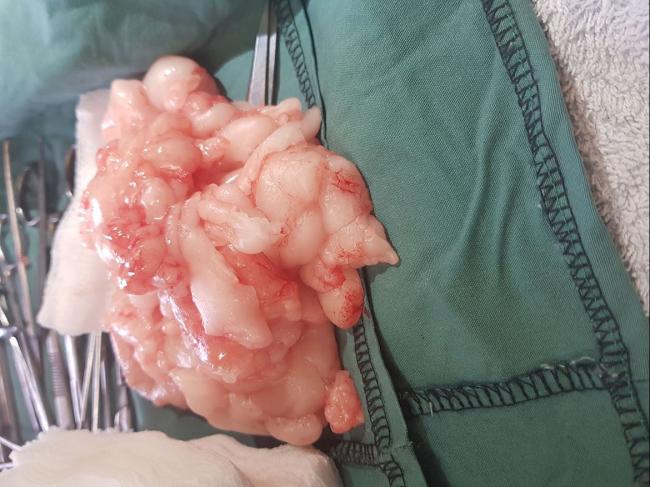 Miss Kitty presented to our team weak in the back legs and unable to walk,caused by a faecal impaction which had resulted in blockage of the large bowel.

X-rays and ultrasonography allowed us to determine that the underlying cause of the blockage was a soft tissue mass surrounding the bowel. An exploratory laparotomy revealed a strangulating lipoma, which put simply is a benign fatty tumor that was squeezing the bowel and preventing the faeces from moving through.

The mass was successfully surgically removed and weighed a total of 340g, which was about 5% of the cat's total body weight! After her surgery, Miss Kitty was once again able to walk, sit and go to the toilet normally, and is now doing well.