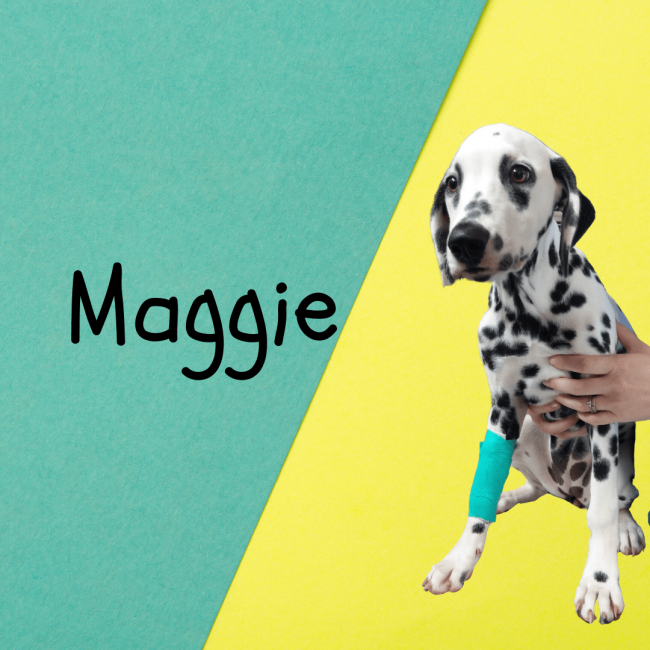 Maggie presented on Saturday night after the owner had noticed her shaking with muscle tremors, very nervous and over-reactive to stimuli. A quick inspection from the owner found an open box of snail bait (metaldehyde) which had been eaten by Maggie.

Due to Maggie already having symptoms of poisoning which include muscle tremors, dilated pupils, anxiousness, overreaction to stimuli, hyperthermia and in some severe cases seizures and convulsions, the toxin had already been absorbed into her bloodstream and thus it was too late to induce vomiting. Maggie was immediately hospitalised for medical therapy to manage the symptoms of poisoning, minimise damage to her organs and absorb any toxin that remained in the intestines. Thankfully, Maggie's signs remained moderate in severity and she made a full recovery with intensive care over the weekend.

In severe cases, however, death can occur as there is no antidote to metaldehyde poisoning. Snail baits generally contain one of two active ingredients - metaldehyde or carbamate. Metaldehyde, in this case, is far more dangerous as there is no antidote to poisoning and depending on the quantity of toxin ingested, can result in death. Patients require intensive care and careful medical management of the symptoms.

If snail bait is to be used in your yard, carbamate is the preferred active ingredient as there is an antidote to this toxin, making the prognosis of accidental poisoning better. Signs of carbamate poisoning include excessive drooling, watery eyes, loss of bladder control, muscle tremors, weakness, aggression, seizures and respiratory distress.

Unfortunately, snail baits are usually very attractive to dogs so When using snail baits in your yard, it is important to ensure there is a PetSafe barrier or alternatively, keep pets out of areas where snail baits have been placed. When storing the baits, ensure that they are kept out of reach of pets. In Maggie's case, she had found the bait stored in a garden shed and helped herself to it.