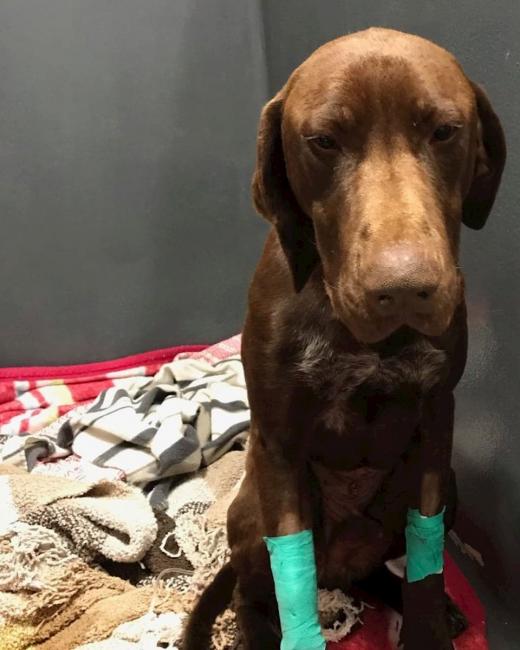 King presented to our clinic with signs of abdominal pain and loss of appetite.

An intestinal foreign body was suspected and x-rays were performed to investigate further. The x-ray showed severe dilatation of the intestines with gas, which strongly suggested a surgical obstruction. Surgery was performed and a corn cob was identified as the culprit for the obstruction. King had ingested a cooked ear of corn, and the cob was too large to make its' way through his digestive system. The corn cob can be seen in the x-ray image on close inspection.

A small section of intestine had to be surgically removed due to loss of blood supply to the area. King was observed in our hospital for three days before going home to ensure his intestines remained intact and functional, and to observe for signs of a post-surgical infection developing.

Thankfully, the surgery was successful and King was discharged without complications! He's happily recovering at home with his family.